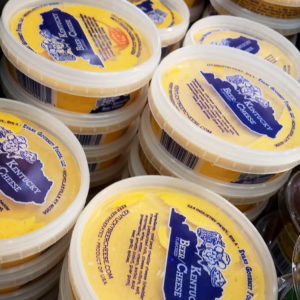 Kentucky Beer Cheese was founded in 1987 by Sue & Jim Castano using the original recipe by Johnny Alman’s restaurant, which was located on the Kentucky River. Sue tweaked the recipe a little and then started making it homemade for her friends. After receiving many compliments and requests for more cheese, Jim Castano bought Sue a large Hobart mixer and told her to, “get selling!” The rest, as they say is history.

A Tradition 30 Years in the Making …

We use only the highest quality ingredients and proven, trusted methods to create a quality and consistently great tasting beer cheese. Available in two flavors: Regular and Hot.

The Beer Cheese Festival in Winchester KY celebrates all things beer cheese, which originated in Clark County during the 1940’s, with contests, tastings, music and food that transform Winchester’s Main Street to Beer Cheese Blvd. 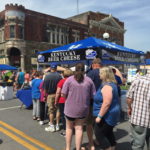 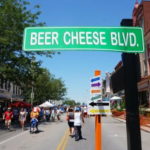 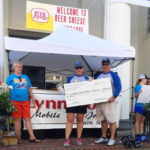